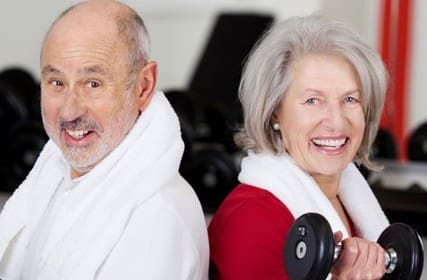 Once over age 30, most adults lose more bone than they create. A man who is 50 or older is more likely to break a bone due to osteoporosis than he is to get prostate cancer. A woman can lose up to 20% of her total bone mass in the 3 – 6 years after menopause. In later stages of osteoporosis, the simple acts of coughing and sneezing can result in spinal fractures. Loss of mobility and independence from osteoporosis can jettison a senior into depression. The good news: osteoporosis is preventable.

Bones are living tissue. Our bodies are constantly laying down new bone and reabsorbing old bone. We can affect the rate at which we deposit and resorb bone by how we move and what we ingest.

Weight resistance and weight-bearing exercise provide stress to the bones, tendons, and muscles and this stress sends a message to the body to build bone. My doctor’s simple yet helpful advice to me was to put a 10-gallon jug in a backpack and walk around the block with it.

If you drink alcohol, carbonated drinks or caffeine, do so only in moderation because they expedite the removal of bone and hinder the creation and depositing of new bone. The 3 nutritional factors which most affect bone density are calcium, vitamin D, and a specific form of silicon.

The choline-stabilized orthosilicic acid form of silicon contributes to collagen formation, increases levels of osteoblasts (which lay down new bone) and reduces osteoclasts (which resorb bone). Ch-OCA also helps the body to better utilize its calcium and D3. Data analysis of 2,847 patients (1,251 men and 1,596 women) between ages 30-87 in the Framingham Offspring Cohort Study (London) demonstrated that dietary silicon is significantly linked to bone mineral density in men and pre-menopausal women using measurements from the hip sites and lumbar spine. The 1993 Eisinger & Claret Study (France) showed that silicon induced a significant increase in femoral bone density in osteoporotic women.

Pleasant side effects of the choline-stabilized orthosilicic acid form of silicon include the thickening of hair, the faster growth rate of fingernails, and improved skin tone. (A Belgian study showed that in just 20 weeks shallow wrinkles improved by up to 30% and skin elasticity by 55%.)

Bone density is most commonly measured via a D.E.X.A. scan (Dual-Energy X-ray Absorptiometry). The number of standard deviations from the mean value of a young adult (peak bone mass age) is what categorizes the health of one’s bone density.

For women, the amount of bone density one has going into menopause is key. (The reason it’s much easier to boost bone density prior to menopause than after is because the body uses estrogen to create and lay down new bone).

Modifying what you eat and supplement with now may make the difference between sporting a Dowager’s Hump or not, later. Although Dowager Humps are most often associated with women, the inverse was true for my parents. They were active their entire lives (my father practiced yoga from ages 42 – 85, my mother from ages 62 – 83), they ate their meals of the same foods together, and yet my father’s spine compressed (my brother called him “The Hunchback of Robin Lane”) while our mother’s spine remained upright. The difference in their diets: my father enjoyed his 2 Diet-Pepsis each day while my mother didn’t care for carbonated drinks.

Replace the cola with an herbal iced tea, and if you’re looking for calcium-rich foods, consider:

Add a vitamin D3 and a choline-stabilized orthosilicic acid form of silicon capsule to your meals. If you’re supplementing with calcium, be sure to take magnesium along with it.

Practice forms of exercise that you enjoy (perhaps stretching in the morning, some yoga poses an evening each week, and hiking with a backpack on weekends) so that you’re creating a lifestyle that will build bone density.