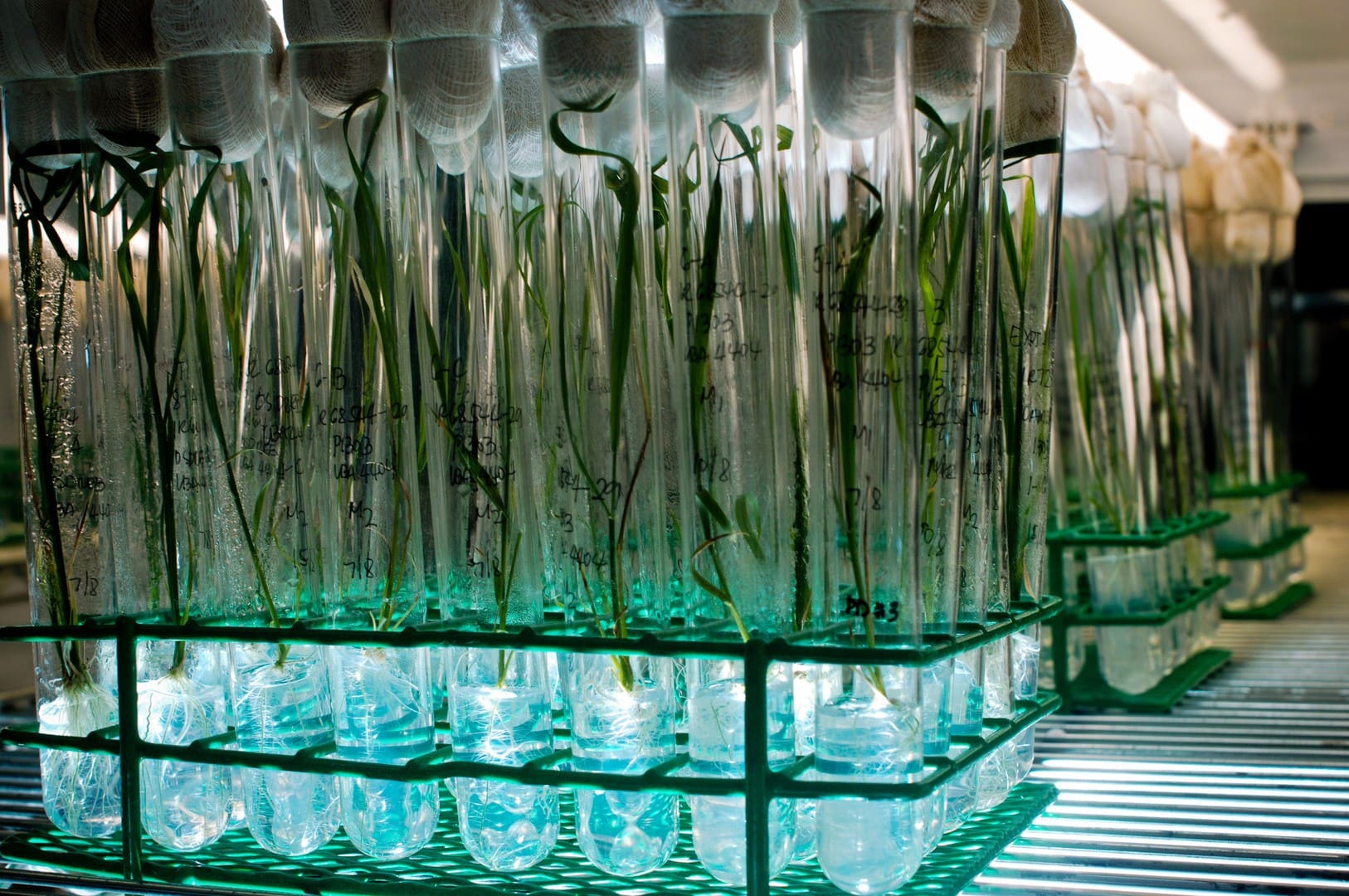 “Frankenstein food”, as G.M.F.’s are sometimes referred to, are foods made with genetically modified organisms. They are most commonly soy, corn, cottonseed, and canola, although other agricultural foods, ranging from alfalfa to zucchini, now also contain a genetically modified organism. The Institute For Responsible Technology estimates that as of 2009, 60-70% of food on American grocery store shelves have some amount of a G.M.O. within them. Should you care?

A genetically modified organism is the result of taking a gene from one species and inserting it into another species. Genes are short sequences of D.N.A.(D.N.A. contain the genetic instructions that control how a living system functions.) When these G.M. organisms are inserted into a food they alter the D.N.A. of the food. The crucial question of “Does ingesting a food which has had its D.N.A. tampered with affect the functioning of human D.N.A., and if so are the effects harmful?” is one which remains unanswered.

Because living organisms have natural barriers to protect themselves against the introduction of D.N.A. from a different species, genetic engineers force the D.N.A. from one organism into another. Different G.M. foods have different genes inserted in different ways. Some of the methods for insertion include:

• Using viruses or bacteria to “infect” cells with the new DNA.
• Coating DNA onto tiny metal pellets, and firing it with a special gun into the cells.

G.M. corn and cotton are engineered to produce a toxin (the Bt bacterium) inside every cell which acts like a pesticide such that when a bug bites into the plant the poison kills the bug. Unfortunately, unlike when a pesticide is sprayed on a crop, this form of pesticide remains within the cells of the corn and cotton, and according to a 2004 report, is a much stronger dose of the toxin than the spray form is. Bt cotton (produced by St. Louis-based Monsanto) was the only genetically modified item that India has allowed to be grown and sold (introduced in 2002). Eighteen-hundred sheep and an uncounted number of goats in four villages in the state of Andhra Pradesh (southeastern India) died after grazing on these G.M. cotton bushes. Without a proven cause and effect a small follow up study was done in 2005 by the Deccan Development Society (Hyderabad, India) and they reported that all sheep fed Bt cotton plants died within 30 days yet the sheep in the control group who grazed on natural cotton plants remained healthy. (Incidentally, Indian farmers report growing Bt cotton to be at least 10% less profitable than natural cotton, and this does not factor in the root rot problem- which was 2% in the first year of growing Bt cotton and an average of 40% the fifth year, nor the cost of livestock death. The only components of the equation were the price of the seeds and pesticides, and the resulting cotton yield. Bt cotton requires 20% more water than non-G.M. cotton.)

Monsanto, most known for the production of “Agent Orange”, has the most to gain from G.M. foods as they are the world’s largest provider of both seeds (90% of soy, 70% of cotton, and 65% of corn seeds) and pesticides. Biotech seeds are much more expensive and unlike standard seeds, must be purchased anew every year. Monsanto has not always acted ethically in developing nations and an example includes its 2005 agreement to pay $1.5M in penalties for the admitted violation of the Foreign Corrupt Practices Act when it bribed Indonesian government officials and concealed the payments as consulting fees.

Hope Shand of the Erosion, Technology & Concentration Group (grains and seeds) stated in 2008 “We have yet to see genetically modified food that is cheaper, more nutritious or tastes better” and “Biotech seeds have not been shown to be scientifically or socially useful”. In light of this, why eat G.M.F.’s when (in this country) we have choices?

The increase in food allergies, asthma, diabetes, reproductive limitations, and autism in the U.S.A. over the last decade have caused some to wonder if there is an association of some sort with the increase in the production and sale of G.M. foods (which were introduced on a large scale in the U.S.A. in 1996). As of July 2009 there has only been one human study published. It was with a group of only seven volunteers and the results showed three of the seven had a genetic transfer of the D.N.A. of the G.M. soy they ingested.

An example of a possible correlation between human health and ingested G.M.F.’s is when G.M.O. soy was introduced in the U.K., reported allergic reactions to soy went up by 50% (this 1998 study was done by the York Nutritional Laboratory). (G.M. soy has up to seven times more tripsin inhibitor which is a known allergen.) According to the 2004 Netherwood study, the gene inserted into G.M. soy transfers into the D.N.A. of the bacteria living inside of the human intestinal tract where it continues to affect the terrain- in other words the ongoing presence of the G.M.O. produces proteins inside of us and we don’t yet know the consequences of their presence.

On May 19th of 2009 the American Academy of Environmental Medicine called for a moratorium on G.M. foods, for education of the public of their risks, for long-term independent studies of their effects on humans, and for required labeling. (Labeling of G.M. crops, although not currently required in the U.S.A., has been required in the European Union countries since 2003, as well as other nations such as Japan and Australia, and now the E.U. is in the process of requiring that meat, eggs, and dairy products coming from G.M. crop-fed livestock be labeled as such). The A.A.E.M.’s paper states “Several animal studies indicate serious health risks associated with GM food.” and “Multiple animal studies show significant immune dysregulation associated with asthma, allergy, and Inflammation”. (The A.A.E.M., founded in 1965, is an international organization of physicians and medical professionals. It states its mission is to expand the knowledge of interactions between humans and their environment as relevant to total health.)

It’s very difficult to isolate G.M. crops due to outcrossing (seeds from G.M. crops mixing with neighboring conventional or organic crops, carried there by the wind). The contamination of non-G.M.O. crops has brought the need for inspection which has contributed to rising food costs.

The biggest issue with G.M.O. containing foods is not what we know, but what we don’t yet know. Why risk your genes?

In 1990 P.L.U. (price look-up) codes were introduced on produce labels. They indicate the type of produce as well as other relevant information from which grocery store check-out systems match a price. If you don’t know if what you’re about to buy is genetically modified or not, examine the P.L.U. code: